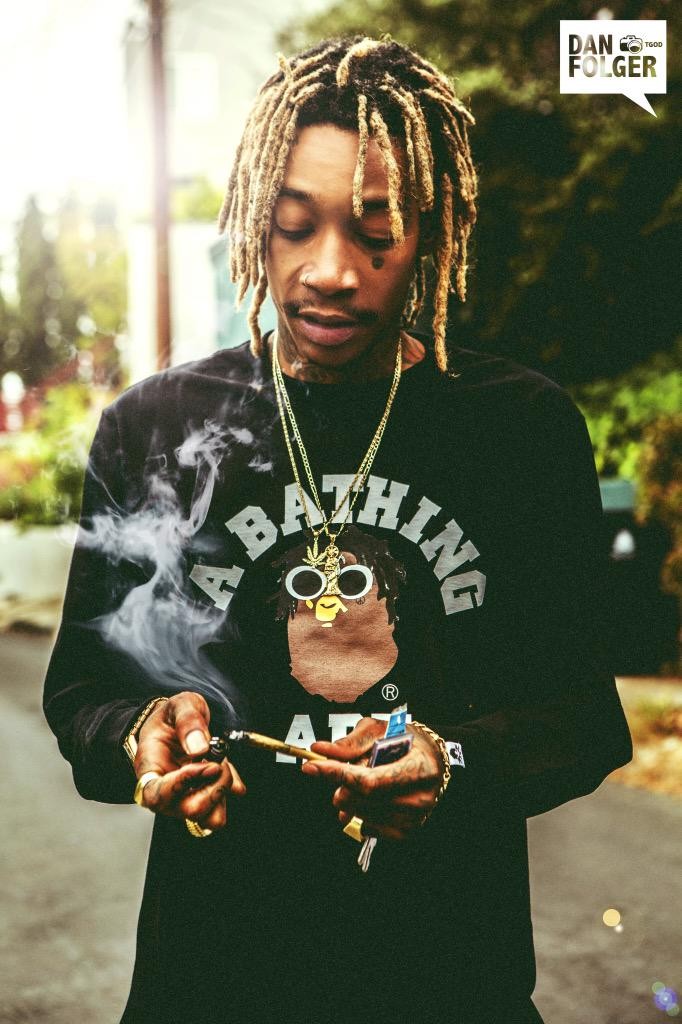 Vibrant and ever-changing Wiz Khalifa has started off this year with the same routine as last. Working hard playing harder and executing every project, feature, and business deals for this up and coming year. His recent work includes features on Taylor Gangs very own Chevy Wood’s highly anticipated Mixtape Gangland 3 dropping January 27th 2015. After listening to Khalifa’s most recent song, Smoke chambers, it truly got me to thinking about the impact he has on the public since his early break out hit Black and Yellow all the way to the chart topping BlaccHollywood of 2014 and how he has been in our homes ever since.

In retrospect no song was hotter than Black & Yellow in 2010, even so it was not only picked up by his native state’s Pittsburgh Steerlers as their Superbowl theme song but, has been in heavy rotation at every game since. So to some it was no surprise that years later “We Dem Boyz” would be picked but by another NFL franchise as a theme song. Along with the Cowboys most should be very elated that rap music is melting over to American sports today, thanks to the helping hands of Wiz Khalifa. So much so that he was granted his very own day and key the the city of Pittsburgh

Early on there were euphorically high hopes for Wiz Khalifa’s career and he has dominately proved that he is here to stay. Being named best new artist by BET your first year out mainstream is nothing to sneeze at ladies and gentleman, and that 11 million dollar profit wasn’t to shabby either. Classic projects like “Kush & Orange Juice” continues to not only be bumpin in the streets and has become a annual choice in wake and bake’s across the world. 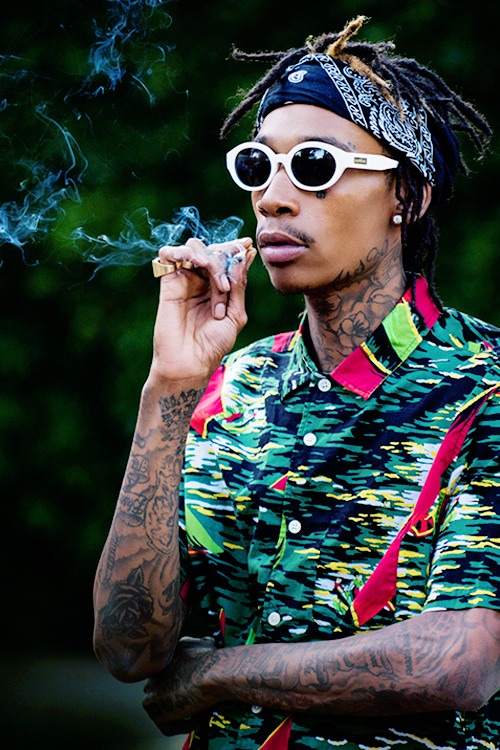 Wiz quickly grabbed the attention of the West Coast legend Snoop Dogg and joined forces with him to create more than just music but a friendship/bond that was needed, for both Wiz and Snoop.  Memphis legend (member of Three Six Mafia) Juicy J not only vouched for the T.G.O.D movement but decided to join the gang turning Taylor Gang into a viable imprint. It’s honestly unheard of that any artist could possess that much star power; further proving the brilliance of his business mind and the power of his music to network and capitalize. Khalifa collaborated with Snoop on “Mac and Devin Go to High School” creating a DVD movie and soundtrack, which some would even say movie slightly renovated “How High” but did well for a straight to DVD movie eventually being picked up by Netflix.

The Black and Yellow artist didn’t stop there, he’s continued to drop very notable projects (for free) The Cabin Fever mixtape series (1 and 2) and  “Taylor Allderdice”.  These continue to win over the hearts of skeptics, converting them into his skyrocketing number of Taylor Gang members growing infectiously threw all continents. 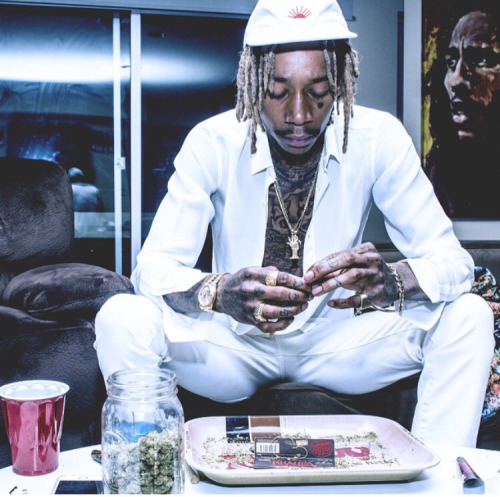 As if releasing continuous updates on his whereabouts weren’t enough, Wiz was the first of many to document his day in and day out activities, antics, and performances. Starting from filming himself with just a flip camera and going through the tedious and sometimes grueling editing alone, Wiz flourished into a visionary who started to gain the right pieces to the puzzle as his career evolved.  With the help of the gang and now Dan Folger/Edge Media Wiz’s DayToDay series are nothing short of one his greatest creations. These episodes lure the undivided attention of his core fan base and it started from youtube. So much so that a few taylors (@JaieeTGOD & @JoyceTGOD) felt compelled to create a collaboration birthday video showing the Cap and his adorable son, Sebastian much love. They expressed how Wiz has influenced their lives through his music & openly honest optimistic attitude towards claiming who you are as an individual and being a G about it. This type of relatability is what has launched his career acceptability nationwide and continues to transition Wiz Khalifa into a household name.

Truly a trailblazer he sets trends that has as much longevity as his career. The infamous blond patch landed in the heads of many who aspired to be “Khalifa like” and is still a hairstyle seen commonly sported today.

Being different from others is just an understatement; Wiz has been known to have a rare style and his love for Converse’s chucks blossomed into a venture like none other, as he eventually inked a shoe deal with Converse All Stars. The OG classic shoe definitively trademarked Wiz’s ideas and created the collaboration of not one but, two releases; further branding himself as a merchandise mogul.

Since 2010 Wiz Khalifa’s stamp on the game has literally been everywhere and the Pittsburgh native has multiple lucrative ventures like his dealings with Raw Papers, Flat Fitty hats, Gpen, Neff clothing, and extensive profits from TGOD merchandise sold on Wizkhalifa.com. You can probably catch someone rocking some of the latest sleaze whether at a mall or at a concert.

(Wiz most recently announced tour with Fall Out Boy, Hoodie Allen, & DJ Drama which is set to kick off in June 2015.)

Movies, TV shows, and video games have all used Khalifa man’s music to promote their releases.  Young Khalifa’s artistry has enticed many to see movies like Fast and Furious 6, Teenage Mutant Ninja Turtles, Chris Rock’s Top 5, as well as video games like Mortal kombat and the new highly rated TV show Empire. So not only has this man been on your feet , he’s been on your TV, he’s been in your ears, and even made way to your lungs. Trademarking his very own marijuana strain KK (Khalifa Kush) , in collaboration he’s designed 2 new hemp vaporizers with G pen, sending one into outerspace and released an abundance of Raw smoking paper products!

Wiz Khalifa’s unique acceptance of who he is an artist can best be explained through his image. It simply is evolving every season much as his music and his free spirited hairstyles. Going from natural dreads to royal purple the kush king is openly encouraging about letting fans know he’s gonna do what he feels when that vibe comes to him. Wiz outwardly shows his belief in his fans motivating everydays stoners to get up get off their ass and make something out of yourself not necessarily having to give up the part of their lives that enjoys recreational cannabis either. With the legalization rate going the way it is we should all expect marijuana to become scientifically proven as helpful, and normalized in the near future you can thank Wiz for being stubborn enough (in his own right) to continue his public affection for marijuana, thus making him one the most influential artist of these last five years.

Trendsetter, Innovator, Entertaining are just a few words that come to mind when describing Wiz Khalifa who has been solidifying his position in the rap game as a heavy contender since he broke through the gates. Now in this year of 2015 we all just wait for more brilliance to be branded through this young successors cannabis scented fingertips.

This blogger is smart and crafty with the words!!!!!!!