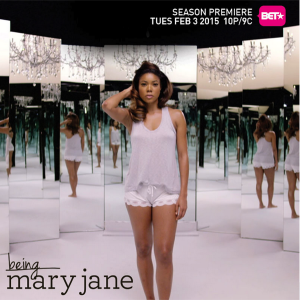 The hottest drama series on television, following ‘Scandal’, is BET’s ‘Being Mary Jane’. It returns February 3rd at 10pm. The show that gave side chicks confidence and made it okay to settle when it comes to relationships.

Gabrielle Union returns to your television screens next month as Mary Jane Paul a successful news anchor whom has been dating a married man played by Omari Hardwick, for quite some time now and even approached his wife hoping she would leave him. Mary Jane who is the breadwinner of her family with her mother having Alzheimer’s, and her niece pregnant with his second child by a dead beat excuse of a man. A brother who lives at home with their parents and struggles with cocaine. Check out the Season 1 recap, following what you can expect to go down in Season 2. Set your DVR’s, mark you calendars, you don’t want to wish this series.