IAmSu! is on a roll this week, and it’s only Monday afternoon. Scratch that he is on a roll in 2015 and with just under half a year to go it seems like his track record/discography is getting better. Just a few days after a production/feature credit was added to the list with his joint venture with ATL MC Royce Rizzy, he and fellow Northern California rhymer AKA Frank(1/4 of Dilligentz) join forces and drop the ‘Biggie Smalls’ EP for our aural enjoyment. With Its That Gabby On Dat Track receiving producer credits for tracks: 1,4,5,6 HDontheTrack, JuneonthBeat, and IAmSu! who also produced the 2008 throwback track “Whatever” get producer nods for the remainder of the album tying it all together in easily one of the most live albums from the west coast this summer! While talks of ‘KILT 3’ still linger and Su does have a title selected for it ‘Biggie Smalls’ is another offering to keep the HBK faithful updated with some fresh jams. Enjoy! 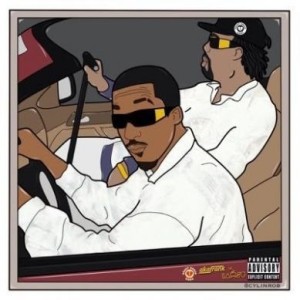