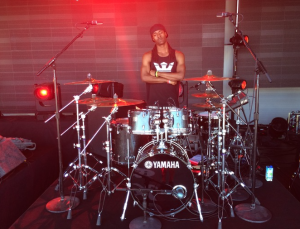 “I have toured the world with many artists. Now, I want to step out and let the world hear me, the artist and my music.” – Boots Greene

I know it has been quite a while since we’ve featured an artist to check out on the rise. Sorry for the wait but you’re welcome for the freshness. Check out Boots Greene, most known for being on tour with some of your favorite artist like Jill Scott, Pharrell Williams, P. Diddy, Jay-Z, Common, and currently Taylor Gang cap Wiz Khalifa. That’s not all, Greene got his introduction to music from his father playing the drums, which would lead to his own talent playing the drums and also music production skills. Producing his first album at the age of 15, Greene was destined for greatness. With that being said, Greene dropped a mixtape titled ‘Rooter-2-Da-Tooter’ which he says was inspired by women.

“I love everything about a woman from her head to her toes. Yes I’m a little freak but there’s only one lady that gets that side of me. Lol It took a creative process to complete this project as I was in the middle of the UTI tour with Wiz.” – Boots Greene

Curtis Bronson assisted Boots with the writing process for this project while as whole was mixed and mastered in his basement. To take it back to the beginning, you can check out ‘Timeless’, the first mixtape from the artist available on all music outlets. 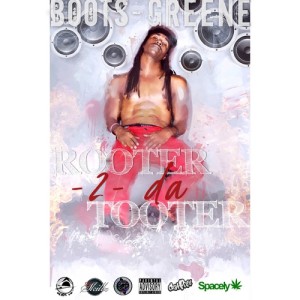 Rooter-2-Da-Tooter has features from Pittsburgh’s own Jonny Goood, other artist including Steve Leevy, Ace Porter, Kenneth Wright, and more. You can listen to the mixtape below via Spotify and also download on DatPiff.

What do you enjoy the most? Being a drummer, being behind the scenes as a producer/writer or being on the forefront of the stage?

“I honestly love being a drummer and Artist. I’m first off grateful to even possess these two powerful gifts from God and be able to express them to the world. If I had to choose though I would want to be a full-time artist. You have the power to verbally captivate these humans, hopefully in a real and positive way. I honestly just want the WORLD to feel and hear my music.”

How has growing up in Philadelphia influenced your sound/style as an artist?

I wouldn’t say that Philly has influenced my sound or artistry. I would say the WORLD influenced it. Seeing so much and being apart of so much made me want to step out and show the world I have a gift and I would love to share it with you all!!! Philly’s musicians and artist that have come from here made me want to be apart of that movement and history. So I represent the city and love we have for “Music”.

What’s in your iPod right now?

I don’t have too much music in my phone or iPad. I love a lot of artists and their music, but I’m a bit of a weirdo. I’ll mainly listen to older music Michael Jackson, Isley Brothers, ZAPP, Earth Wind and Fire, Stevie Wonder, Nirvana, OffSpring, Nine Inch Nails, ColdPlay, etc. But those songs were/are very “musical” and heart-felt as well! But again I def love the music of today and the artists.

Thanks to Boots Greene for taking the time to chat with us and be sure to rate this post below!